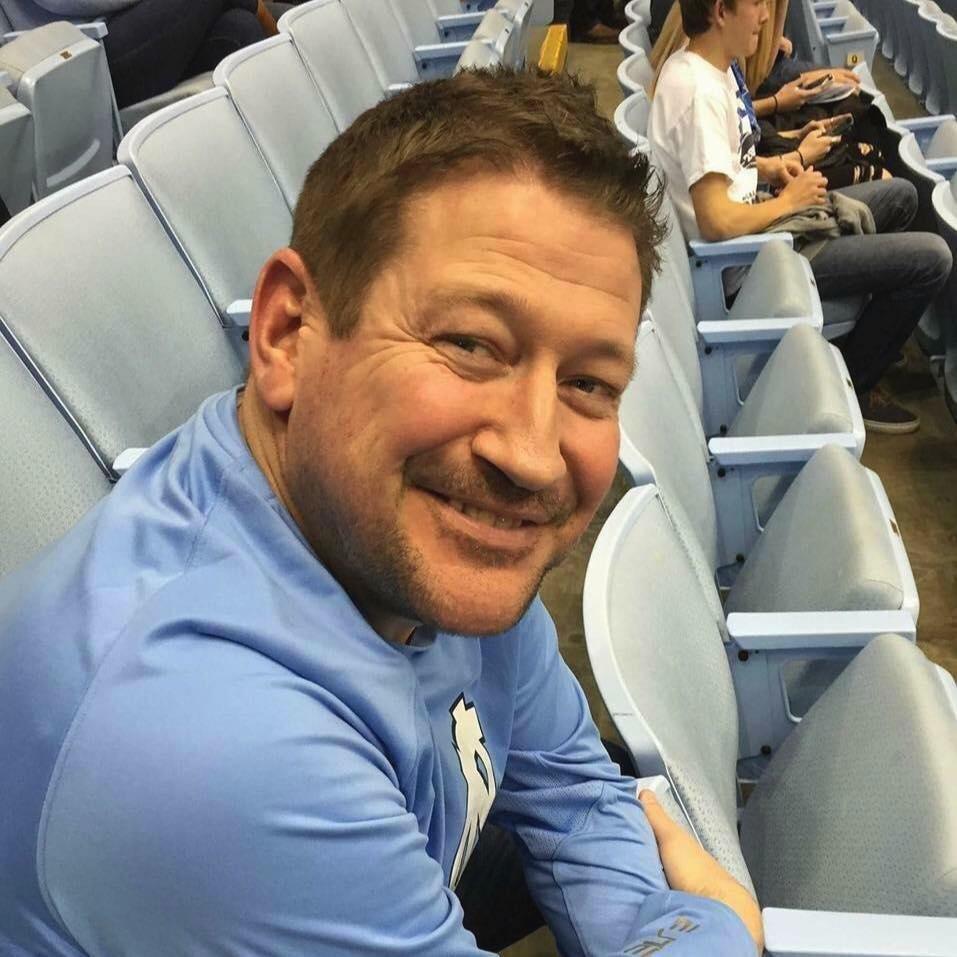 The happy hour crowd at Liquid Assets bar in Dickinson had a solemn tone for a few moments on Wednesday evening before giving way to laughter, backslapping and storytelling.

The atmosphere was just the way DJ Charbonneau would have liked it.

“There’ll never be another one like him,” said Brent Haugland, one of Charbonneau’s oldest friends.

Charbonneau, one of Dickinson’s most energetic and bombastic personalities, was diagnosed with appendix cancer in January 2015.

The extremely rare form of cancer initially affected Charbonneau’s appendix before spreading to his liver, colon and peritoneum — the thin layer of tissue covering abdominal organs and the abdominal cavity. Eventually, it reached his lungs and bones, his wife, Michelle, said on Wednesday.

“He was a fighter,” she said. “He was trying to beat it. He did everything he could. Everything. He kept saying, ‘I’m going to beat this.’”

In his final months, Michelle and many of DJ’s friends said he rarely revealed that his health was failing.

“As close as I was with him, he never really let on how he was feeling,” said Jason Fridrich, who co-owned Liquid Assets with Charbonneau. “… He never complained about it. You’d never know. He’d always still have a big smile on his face and we’d chat just like old times.”

Fridrich said one of his best memories happened last November when Charbonneau surprised him at his wedding in Arizona.

“He told me he wasn’t going to be able to make it,” Fridrich said, his voice breaking. “He ended up showing up in Arizona. He had a blast that night. It was so fun.”

Michelle laughed and said DJ was often the “life of the party,” even playing off his cancer for jokes.

She said he’d always tell her “Fireball kills cancer,” referring to the popular cinnamon-flavored  whiskey and DJ’s drink of choice.

“When he went to Houston, they told him he couldn’t drink anymore,” she said. “And when things got worse, he said, ‘See, I told you, Fireball fights cancer.’”

DJ and Terry Dvorak bought Charbonneau Car Center from DJ’s father, Don Charbonneau, in 2009. Dvorak said Friday that the dealership will remain in the Charbonneau family name “as long as I’m affiliated with it.”

“Don trusted (DJ) and I to carry on the legacy,” Dvorak said.

He said the dealership had seen “a lot of sadness” it the past few days, including from customers who he said would often come in just to see DJ and chat.

That was made obvious online throughout the week as hundreds of condolence messages were posted to DJ’s Caring Bridge website, and throughout Dickinson’s Facebook community.

Fridrich’s post, “Heaven just became a better place. I am gonna miss you my friend,” was shared by more than 150 people.

“He was just loved by so many,” Michelle said. “The outpouring of people, it’s just crazy. Everybody just loved him. He loved life. He loved to enjoy life.”

DJ was heavily involved in the Dickinson community outside of his businesses.

He was a past exalted rule of the Dickinson Elks Lodge No. 1137 and remained president of the St. Joseph’s Hospital Foundation Board throughout his battle with cancer.

His legacy of giving back to his community will carry on through the Team DJ Memorial Fund, which is being set up to help cancer patients and families in the community.

Friends and family said DJ lived life to the fullest in his final months.

He took several trips, including a family honeymoon trip to the Dominican Republic a year ago — which was initially supposed to be he and Michelle’s wedding trip. While doctoring in Houston in April, he was even able to watch the North Carolina Tar Heels — his favorite team — play in the NCAA men’s basketball national championship game.

“He always kept saying, ‘I’m going to keep fighting until there was no fight left,’” Fridrich recalled. “He knew he had the odds stacked against him, but he was stubborn. Until the last day, he said, I’m not going to quit.”

That stubborn streak was balanced out by DJ’s willingness to help others, his friends and family said.

Matty Lyons, who for several years was the manager of Liquid Assets, said he’ll never forget how DJ “took a chance” on him.

Lyons, sitting at the bar, pointed behind it and laughed about the time DJ — who Lyons said rarely meddled with the bar’s staff — jumped behind the bar to help on a night when a Liquid Assets customer bought more than 200 shots.

“It’s little things like that you don’t forget,” he said.

Haugland, who said he became better friends with DJ after they both moved back to Dickinson following college, sat next to the bar at Liquid Assets on Wednesday surrounded by friends and colleagues, all remembering DJ’s life.

Just a few feet away, the usual spot at the far end of the bar where DJ often perched sat empty.

Haugland looked ahead quietly and did his best to hold his feelings together.

“He’s one of those people who could always make you laugh, no matter what,” he said. “Always there to cheer you up when you needed him. Always there to laugh and joke. I had a lot of fun times with him. I’ll never forget him.”

DJ Charbonneau’s funeral is at noon Monday at Stevenson Funeral Home with a prayer service at 4 p.m. Sunday. Visitation at the funeral home will be held from 1-7 p.m. Sunday and from 9 a.m to noon Monday.