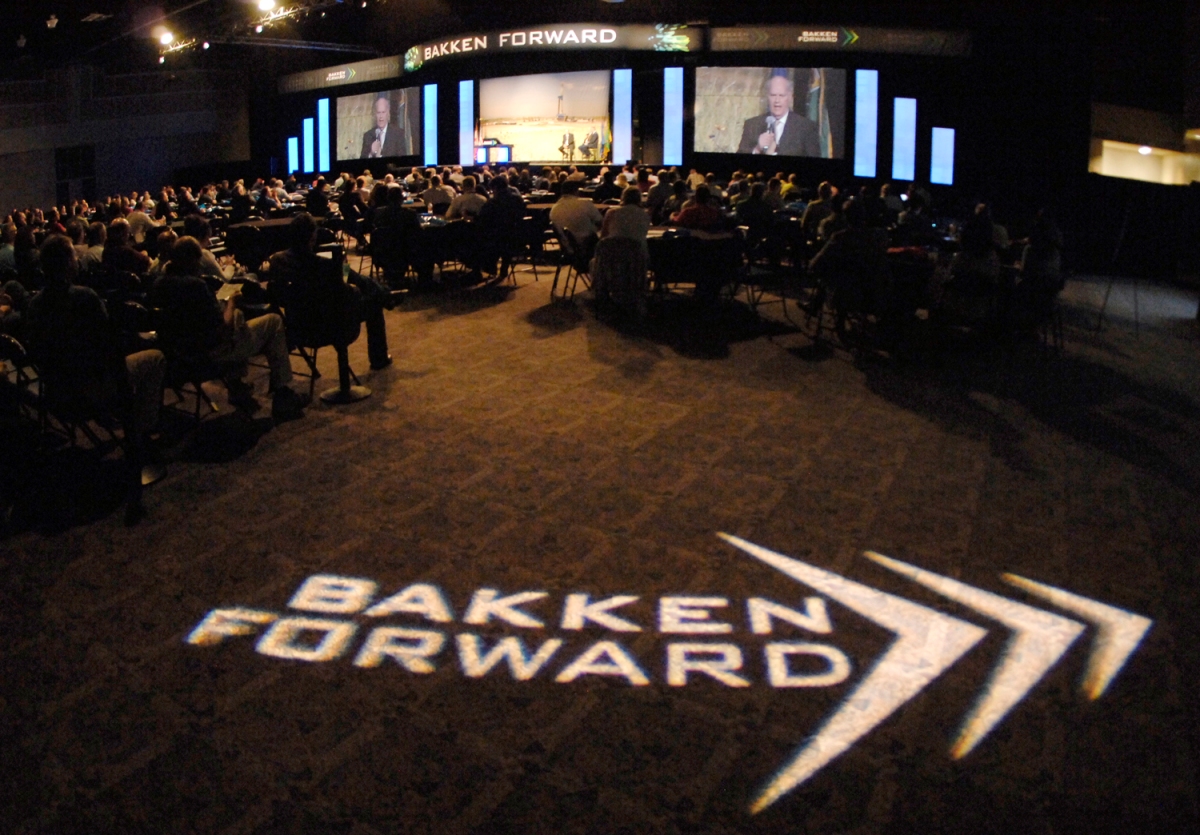 BISMARCK — As the price of oil hovered around $50 a barrel last week, many western North Dakota oilfield and energy service companies turned to the Williston Basin Petroleum Conference to try to get a feel for where their industry is headed.

Most said they now feel better about the future of their businesses, as do state legislative leaders.

“What stood out to me was really the positivity,” said Matthew R. Kostelecky, president of B. J. Kadrmas, a Dickinson oilfield service company. “I really thought we’d be coming here with a lot of doom and gloom, obviously. But after listening to a lot of these CEOs and important people in business, it really just seems like this is the time to be efficient, smart, creative, kind of weather the storm, and it’s all going to come back.”

The past two years have been the 37-year-old Kostelecky’s first oil price downturn. He took over the business midway through the boom, only to watch work slow after a couple years. He paid close attention to what Whiting CEO Jim Volker and ConocoPhillips Lower 48 President Don Hrap said when they spoke at the conference.

“The attitude is that ultimately there’s a positive outlook for the future, but I think this is a new normal,” Kostelecky said. “For my generation, this is the first time that we’ve seen this. So it’s new to us, but the industry veterans, they’ve been there, they’ve done that. It’s just like anything else. You have to get past these difficult times.”

He said Trump’s energy platform resonated with the industry folks in the building, and tied into themes he heard throughout the week.

“We need consistent, reasonable regulation that protects the environment while allowing people to do business,” said Armstrong, the NDGOP chairman and son of Dickinson oilman Mike Armstrong. “All they want is tax certainty and regulatory certainty. That’s what they want. Especially for some of these tertiary things for the oil industry.”

Along with an industry push for better regulations, innovation at the wellhead and the future of value-added petroleum byproducts and industries were focused on throughout the week.

North Dakota Senate Majority Leader Rich Wardner, a Dickinson Republican, sat through multiple sessions, listening to everything from the future of natural gas liquids to industry price predictions. He said he feels that while recovery may time some time, “things are looking up for the industry.”

“I heard this: $65 oil is the new $100 oil because they’ve now got so many efficiencies,” Wardner said. “Technology is moving forward in allowing the industry to get more oil out of the rock.”

Steffes Corp. manufactures equipment used at the wellhead during the extraction process, most notably its engineered flare systems that have decreased the amount of natural gas flared throughout the Bakken.

Steffes said he spoke with several people who said their companies will need more equipment to support their drilled but uncompleted wells (DUCs) once they’re put into production.

“It certainly has a possibility that we could be spiked and be much busier than we have ever planned we were going to be, as soon as they finish these DUCs,” he said. “It is possible that we’ll be busier than we’ve ever been. That is kind of a scary thing.”

The oilfield aspects of Highlands’ business have declined during the slowdown because, as a civil engineering and land surveying firm, they service companies who put up rigs. There are less than 30 rigs in North Dakota today. Throughout much of 2014, there were more than 190 rigs.

“That’s the bread and butter of what we do for them,” Homiston said. “A lot of our work is dependent on the number of rigs that were in play.”

Homiston said he thought the conference had “less buzz” and fewer people compared to the one he attended in May 2014, when the price of a barrel of oil was around $109 and there were 191 drilling rigs in the state. Still, he’s more optimistic about the industry than he has been.

“You talk to people, I think they still have a smile on their face and they think the long-term optimistic conversation is still there,” he said.

Homiston said he anticipates a slow uptick in business once DUCs starting going into production.

Referencing speeches given by from MBI Energy Services CEO Jim Arthaud and other industry leaders, Homiston said the overarching message from the conference was simple.

“Hang in there. It’s coming back.”