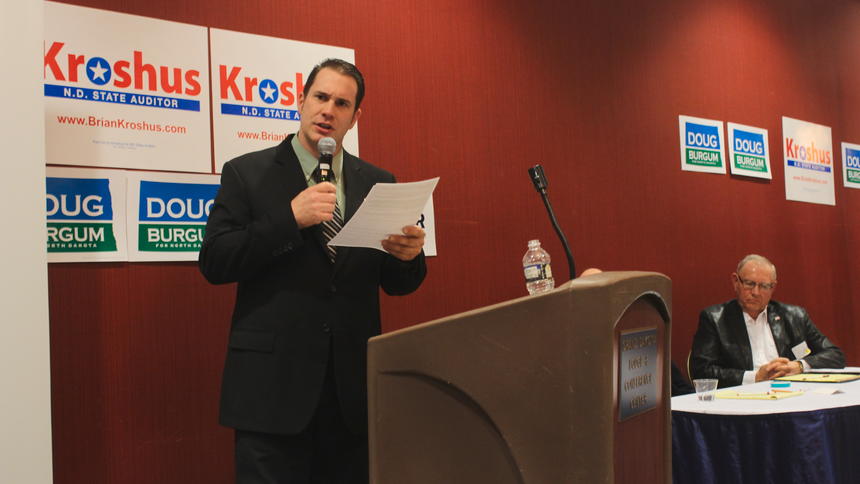 The two Republican Party-endorsed candidates for District 36 House of Representatives are moving on to the general election.

Rep. Mike Schatz and Luke Simons gained the party’s nominations on Tuesday, each garnering more than 1,800 votes in a three-person race.

Rep. Alan Fehr, who did not receive the party’s endorsement during the district convention, will not return the Legislature next session after finishing third in the voting with just over 1,200 votes.

Simons, a rancher from rural Dickinson and a self-described Constitutionalist, received the party’s nomination earlier this year over Fehr.

He said he has spoken with several people on the campaign trail who agree with allegiance to the U.S. Constitution and conservative Christian philosophies.

“I think I’m explaining some principles we used to hold to be self-evident to a lot of people,” Simons said.

Schatz, a retired teacher and football coach from New England, said it was the most interesting race and first contested primary he’s ever been a part of.

“There was a lot of time and effort put in by everybody,” Schatz said. “I want to thank Alan and Luke for being such gentlemen during the campaign. It was a well-run primary.”

Fehr, a Dickinson psychologist and retired U.S. Navy officer, said he was grateful for the opportunity to serve in the Legislature over the past four years, and for the people who supported him.

“It’s one of those things that a lot of people don’t have the opportunity for, and I’m grateful for the opportunity,” he said. “I learned a lot doing that and it was a great experience.”

On the Democrat-NPL side, Senate candidate John D.W. Fielding received just 224 votes while running unopposed. House candidates Dean Meyer and Linda Kittilson received 208 and 207 votes, respectively, to move on to the general election.